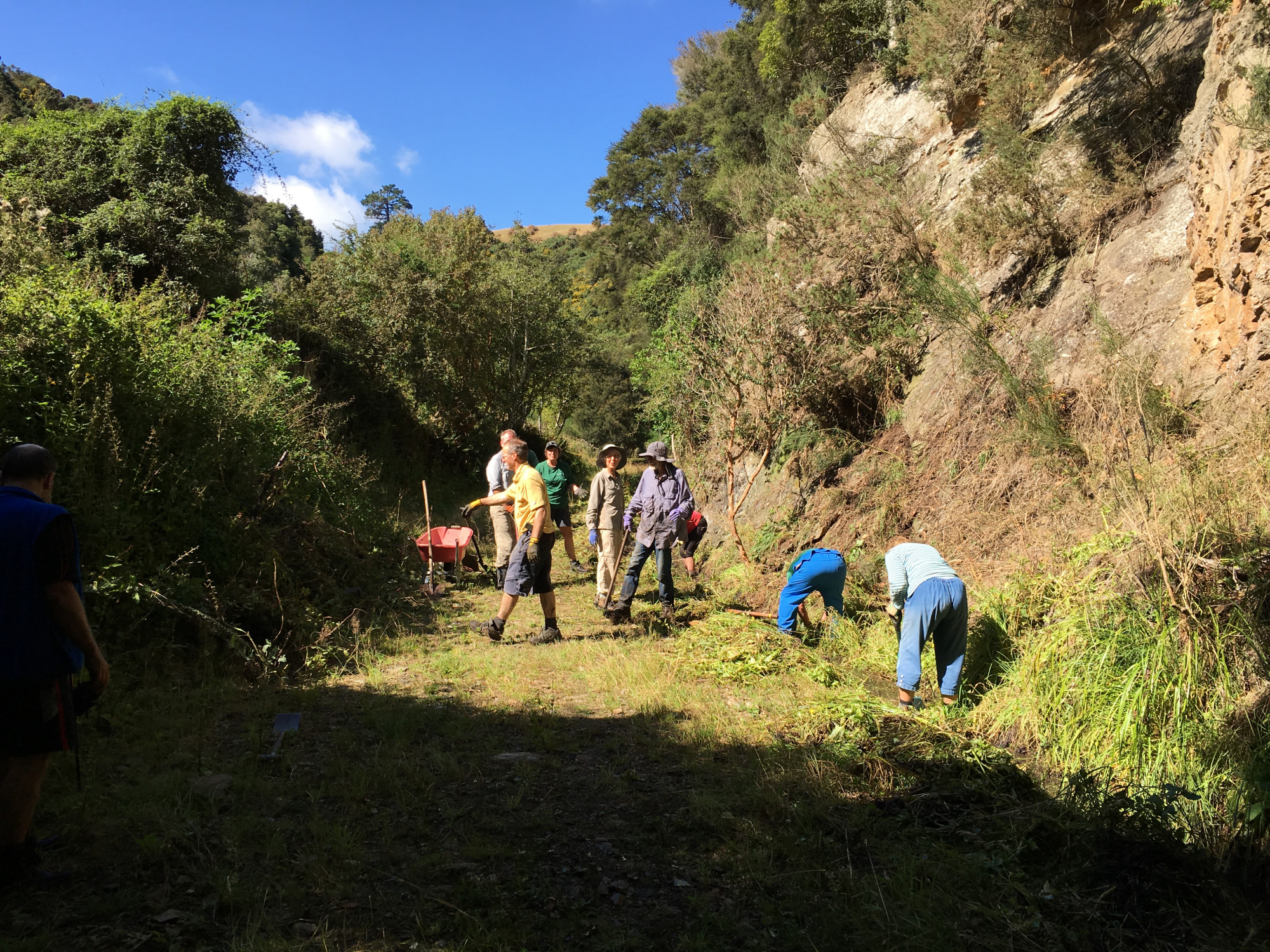 Old rail tunnels occur on many Rails-to-trails cycleway around the world. Most are quite short, but there are a few of considerable length.

Many people recognise the tremendous benefits that an open tunnel provides by linking important destinations. Yet for some, tunnels still evoke images of dark places where vagrants linger or illegal activities take place.

Crimes reported in or around the tunnels were extremely rare. The results suggest that with proper attention to design and management, tunnels become tremendous community assets that encourage and safely accommodate greater trail use. Equally impressive is the degree to which tunnels facilitated non motorized transportation. Managers reported that tunnels make bicycle and pedestrian networks equitable by creating routes that are direct and avoid steep hills making them easy for everyone - including children, the elderly, and people with disabilities - to use. They generate community pride and understanding of local history and draw increased trail user traffic with its associated economic benefits. Although it may seem daunting to reopen or build a tunnel, the dozens of open tunnels around the country demonstrate their great potential to link communities and help create sustainable transportation networks.

The tunnel is a single-track rail tunnel drilled through sandstone and operational for 31 years.

The Caversham 865 meter Tunnel began construction on the 21 September 1871 at the Kaikorai Valley end, and after the cutting was complete, on the Caversham end on 13 March 1872.  Breakthrough of the two parts was achieved on Thursday 26 September 1872, with almost perfect alignment. The tunnel construction was finished late February 1873.

The line was opened by the Hon. Julius Vogel (Premier) on Saturday, 13 December 1873, with an excursion from Dunedin to the Green Island terminus, next to the coal pits of Messrs Sampson and Brown. A luncheon was then held in a nearby field, with a speech and toasts by and for the Premier.¹

The link to Balclutha via the Chain Hills tunnel was opened 1 September 1875, and the full line to Invercargill operational on 22 January 1879.³ The tunnel was in service until 1910 when the replacement dual-line tunnel took over all rail traffic.

In 1923, the tunnel became an unfortunate drainage conduit for the Kaikorai Stream that had burst its banks, which resulted in flooding in the South Dunedin area.4;
It was fitted out as an air raid shelter during World War Two.4
Over the years that followed, the tunnel was used for pedestrian and cycle access by young and old.  It was considered a dry and easy to negotiate tunnel with only the ditch at the mid point providing any form of obstacle to negotiate.

In 1961 ownership of the tunnel was officially transferred to the 'Mayor, Councillors, and citizens of the City of Dunedin' as part of the 'Reserves and Other Lands Disposal Act 1961 No 128' Act of Parliament transferring various tracts of land from the railways to local bodies.  After that a major sewage line was installed, with pumping houses at either end.

From this point on, it appears that the conditions within the tunnel steadily worsened, with mud and water problems at the tunnel mouths making access a little more difficult.

Lobbying for a Cycleway / Walkway

Over the years many people have suggested that the tunnel be officially recognised and used as an accessway, but little has come from this. The first recorded suggestion was in 1907 when a Mr D Reid petitioned the government "if it would, when the new railway tunnel at Caversham was completed, consider the advisability of using the 'old tunnel' for vehicular and passenger traffic between Dunedin and the country districts".5

In 1978 the idea was raised and seemed to be taken with merit by the council of the day: "The Dunedin City Council planning department has approved the idea of having the old disused railway tunnel between Kaikorai Valley and Caversham as a cycling track.Department members inspected the tunnel with the Dunedin Cyclists Coalition which wants to use the tunnel. The structure of the tunnel is sound but there are potholes and puddles all through the tunnel so the floor would have to be sealed. A coalition spokesman said finance for that would be a problem, as would the provision of lighting and footpaths at both ends. They will approach the council for a feasibility study." 6

In 2005, an approach was made to the Dunedin City Council suggesting that the tunnel be incorporated into the cycling and walking strategy the Council had developed.  At that point the Water and Waste Services department declined the idea stating that they did not want publicity or public access given the sewer and other utility lines now running through it.

In 2006 a formal submission was made to the Annual Plan for maintenance on the tunnel to correct the drainage and mud problems.  This was declined due to theoretical cost estimates but as a result of the application, the tunnel ends were gated off and the cutting to the Caversham end of the tunnel was cleared, drained and resurfaced.

In 2008 further submissions were made to the Annual Plan.  As a result, a review of access through the tunnel was begin. The Dunedin Tunnels Trail Trust was formed to work in partnership with the Dunedin City Council to investigate and ultimately create a Shared path cycleway between Wingatui and Caversham.